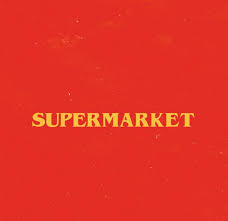 Rap superstar Sir Robert Bryson Hall II, known by many as Logic, has become one of the most controversial figures in hip-hop, and it’s not because he’s done anything wrong. Logic’s career began with several critically acclaimed mixtapes where he showcased his impeccable ability as a lyricist. His true talent was obvious, and Logic quickly became one of rap’s best rising stars, being featured as a 2013 XXL Freshman. The rapper began to grow a large, dedicated fan base, only growing with the release of 2015’s The Incredible True Story and 2016’s Bobby Tarantino.

Riding this wave of success and drowning in support from his fans, Logic’s early 2017 album Everybody was panned by critics and many fans. His most dedicated supporters continued to blindly praise Everybody, but the album didn’t warrant the support. It wasn’t very good. Logic’s lyrical abilities were smothered by cringe-inducing hooks and the album, thematically, didn’t hold up when compared to the heavy and insightful mixtapes he had released a few years prior.

One of the themes touched on heavily in Everybody was Logic’s race. Logic repeatedly mentions that he is, in fact, biracial and dedicates several songs to exploring this idea. His focus on this topic spurred various internet memes, making fun of Logic’s apparent excessive enthusiasm about discussing his race. At this point, the hip-hop culture took one of the most talented and promising prospects of the early 2010s and completely trashed him, turning Logic into nothing more than a joke within the community.

But still, as radio hit “1-800-273-8255”, an ultra-safe, critic-proof suicide prevention pop song, grew more and more popular, Logic’s fan base continued to thrive. Many saw Everybody as nothing but a minor hiccup in his discography. 2018 saw Logic release two more albums: a follow-up to Bobby Tarantino, creatively titled Bobby Tarantino 2, and another installment in his Young Sinatra series, creatively titled Young Sinatra IV. Like Everybody, these albums were also seen as disappointments when compared to Logic’s early stuff. The memes continued. But Logic’s ever loyal fanbase continued to support him, no matter what. I have nothing but respect for Logic and his fans and I believe that music is subjective.

But after the monstrosity of an album that Logic just released, I have no idea how anybody can continue to listen to him.

Logic’s Supermarket, released as a soundtrack to his book, is easily one of the worst albums released this year. Stylistically, it is a huge, disappointing departure from the typical Logic approach. Instead of impressive bars rapped over 6ix-produced beats, Supermarket is an indie-rock record at heart. It’s a painful listen front to back, beginning with the track “Bohemian Trapsody”, which is about as laughable of a song as the title suggests. With an irritating soft rock guitar riff and lyrics reminiscent of a bad John Green Young Adult novel rip-off, “Bohemian Trapsody” starts the album off on a rough note. But it only gets worse.

On “Can I Kick It”, R&B upstart Juto contributes a really strong hook, but is immediately brought down as soon as Logic jumps on the track, rapping “Ayy, it’s that Bobby Boy/Better known as chocolate and vanilla”. The cringe-worthy combination layering of Mac Demarco-style guitar chords and the A Tribe Called Quest sample only make things worse as Supermarket continues to disappoint.

Logic then returns to his “Fault In Our Stars”, cheesy, soft rock/pop flow and lyrics. I understand switching up your style on a song or two, just to keep things interesting. But, as a talented and promising rapper, to spend an entire album doing a bad Kurt Vile impression is a disgusting act. The painful lyrics continue, with one of my new favorite lines, “I built a time machine for you/But, you always died, no matter what I do”, which sounds a little too similar to the corny dialogue from Netflix’s 13 Reasons Why.

Moving on, I’m hesitant to even talk about “Pretty Young Girl” because it doesn’t even deserve any attention, negative or not. At this point in my first listening session, I legitimately felt remorseful for giving Supermarket more Spotify plays. The next 4 songs were obviously awful, but after listening to the first few songs, my ears had gone numb and I was immune to the pain.

Or so I thought.

When I heard “Lemon Drop”, I immediately knew I was in for a treat. The repetition of the same chord on a synth is introduced, making a pretty mediocre instrumental, but, as long as Logic sounded at least mediocre, I’d be happy. After all, this song sounded different than the rest of the album, and, at this point, that had to be a good thing, right?

At the 0:08 mark, Logic bursts into the song with a Red Hot Chili Peppers flow. And that’s not a good thing. As I heard the line, “Get litty, get gritty/Rick Sanchez, get schwifty”, I began to imagine Logic looking up “Teenager Interests” on Google, finding Red Hot Chili Peppers and Rick and Morty, and writing an entire song based around those two themes. The song didn’t ever recover from the Rick Sanchez line and Logic manages to maintain the same RHCP rhythm throughout the whole song. Yikes.

At this point, I contemplated turning off Supermarket. Just looking at the tracklist and seeing “I’m Probably Gonna Rock Your World” (IPGRYW) was already making me violently ill, playing off the nausea I had just experienced on “Lemon Drop”. However, I decided to persevere and finish the album in one sitting.

The cheesy bedroom pop-esque “I’m Probably Gonna Rock Your World” is a terrible song by all means, but after hearing “Lemon Drop”, everything sounded a little better. In fact, that’s the case with the entire ending of the album. As the album goes on, it sounds a bit better, but that’s only by comparison to the rest of Supermarket. No matter how you spin it, Logic’s new record is his version of Lil Wayne’s Rebirth, a disgusting departure from his typical genre that, instead of sounding original or interesting, just comes across as a corny copy of an already established genre that a 13 year old could make with a guitar, Garage Band, and a SoundCloud account.