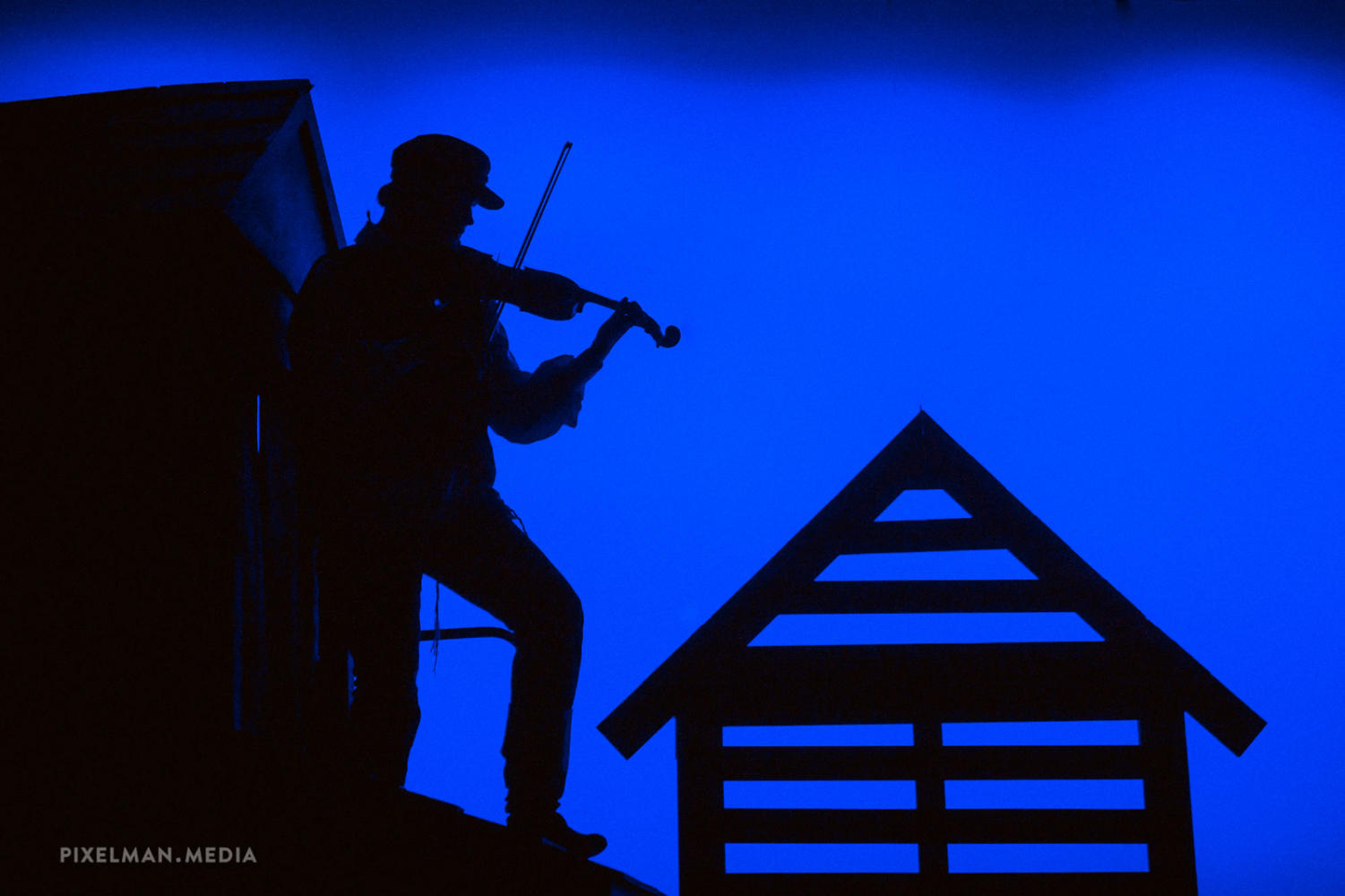 The Christ Church musical saw a return this February, after taking a year off due to COVID-19, and it picked up exactly where it left off. Fiddler On The Roof made its way to the Hartness Performing Arts Center for a three-show run last weekend. Led by director Mr. Reed Halvorson, the cast wowed audiences with their compelling acting performances, complex choreography, and impressive singing.

The opener “Tradition” sees the protagonist, Tevye, played by senior Weston Segura, introduce the audience to the town of Anatevka, a village built on the back of traditions and customs. As the plot unravels, and the Jewish identity of the town is threatened by urban social progress and Russian oppression, Tevya and his family grapple with the harsh realities of assimilation.

Segura shined as Tevye, maintaining a dry wit and delivery, which he said “came incredibly naturally to him” that allowed all of the humor of the character to land. Segura was able to show off his vocal chops, as well as his captivating acting performance, in songs like “Tevye’s Monologue.”

Complimenting the cast’s acting and vocal performances was a visual component that truly brought the culture of Anatevka. A highlight of the set pieces was visible in the opening scene where senior Betty Frances Thomason, playing the eponymous Fiddler On The Roof, sat atop a tall roofed structure while playing her violin.

“The set design was really intriguing,” said junior Graham Malo. “Seeing Betty Frances up on that roof was really cool.”

Also contributing to the aesthetics of the play was well-executed, complex choreography performed by the entire cast.

“The choreography was really difficult, especially during ‘To Life,’” said senior EC Repp, “It was extremely kinetic and you had to have a strong sense of rhythm. In ‘To Life’, we had to combine maintaining that rhythm with portraying a sense of drunkenness, which was extremely difficult, but we were able to pull off.” Repp credits choreographer Lauren Imhoff with helping the cast land the complex choreography.

While it’s easy to focus on the incredible performances provided by the cast of Fiddler, it’s also integral to highlight the importance of a play that champions the power of love and community persevering in times of crisis and injustice, especially in today’s times.

“I think that it is especially relevant in our current state,” said Repp, “In a state of crisis, we can ultimately love each other and persevere through it all.”