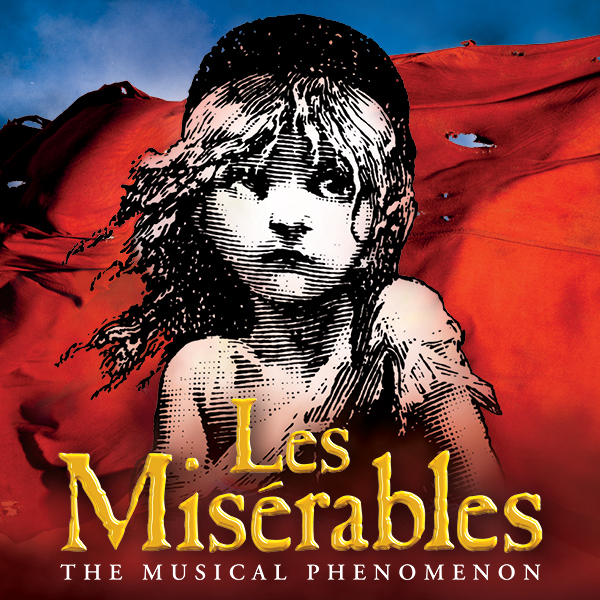 “The musical phenomenon.” That’s how critics and fans alike describe Les Misérables, the completely sung-through musical that single-handedly changed Broadway forever. From March 3rd-8th, the glorious 2019-2020 National Tour cast graced the stage of the Peace Center and brought a theatrical experience unlike any other to the audience.

Pay attention, because the plot gets complicated with several characters, backstories, and events intermingling with each other at any given moment.

Cast of Characters: (in order of appearance)

Jean Valjean – A convict who breaks his parole and is converted by a bishop. The main character in the play.

Javert  – A police inspector who spends years hunting down Valjean in the name of justice. A spy for the police force in the revolution in Act 2.

Bishop – The Bishop of D – who saves Jean Valjean and shows him God in a whole new light.

Fantine – The mother of Cosette, whose father abandoned them and left Fantine to provide for her daughter by herself.

Cosette – The daughter of Fantine, who lives with and is mistreated by the Thérnardiers until she is adopted by Valjean per Fantine’s dying request. She eventually goes on to be Maruis’ lover.

Thérnardier – The sleazy innkeeper, notorious for ripping off customers.

Gavroche – A little streetboy who fights alongside the revolutionaries and exposes Javert as a spy in the second act.

Éponine – The Thérnardier’s daughter, who goes from riches to rags and is in love with Maruis.

Maruis – A revolutionary and Cosette’s lover. A friend to Éponine.

The story opens with convict Jean Valjean, who, after nineteen years, is finally being released for parole. Unable to find work, he stumbles upon a kindly bishop, who shelters him and rescues him from the police so that Valjean might come to know God’s mercy. From there, Valjean goes on to adopt Fantine’s daughter Cosette and hides in Paris, impacting the lives of several characters and finding the meaning of faith throughout the musical, which spans several years.

Most ardent Les Mis fans can agree that the original cast sets an impossibly high standard for future productions, and as someone who has seen countless renditions on YouTube (and yes, that makes me perfectly qualified), I can confidently declare the latest cast as good – if not better – than the original. It’s hard to beat legends such as Colm Wilkinson and Terrace Mann, but somehow this production’s Valjean and Javert put all others to shame. Both are incredibly strong vocally; Patrick Dunn’s powerful tenor range perfectly suits Valjean, and Preston Truman Boyd’s booming bass scales are intimidating, even at a distance. But what makes this iconic pair so memorable is how every aspect of their performance – the vocals, the acting, the stage presence  – simultaneously complements and contradicts one another, reflecting the combative and desperate dynamic between protagonist and antagonist.

Valjean’s struggle with his past and redemption take center-stage for much of the play, but it never overshadows Javert’s own internal conflict. As a member of the police force, Javert’s duty is to the law, and his moral system corresponds with the legal system: unbending and unforgiving, in sharp contrast with Valjean’s forgiving nature, both of which are masterfully showcased.

Of course, no musical is perfect (although this one comes very close). Not all cast members are on-par with those mentioned previously. The most glaring example is Fantine, whose character is a desperate mother who sacrifices her life and livelihood to provide for her child, Cosette. She is the most tragic character in the play, defined by her uncommon suffering and willingness to sacrifice everything for her daughter. Unfortunately, Mary Kate Moore doesn’t seem to understand the context of the show or the despair of her role and fills her four songs with obnoxiously nasal belting and overdone vibrato as if she were an amateur pop star rather than a trained Broadway singer. Thankfully, she redeems herself in her character’s final moments, delivering a heart-wrenching duet alongside Valjean as she pleads with him to adopt Cosette.

In such a musical, comedic relief is needed to alleviate the heaviness. Luckily, the scheming Thénardiers provide some much-needed laughter to several scenes. Michelle Dowdy and Jimmy Smagula’s stage presence is both natural and hilariously boisterous as they constantly scream (er, sing) at each other and rip off their patrons. Their antics continue throughout Act 2 when they pose as nobles at a wedding and prove once again that their acting is Broadway-worthy.

As Paris springs up on the stage, the audience is introduced to the revolutionaries, armed with nothing more than the goal of bringing down the aristocracy and lead by Enjolras (whose portrayal by Matt Shingledecker was … alright). Here, the ensemble gets a chance to shine with victorious numbers like “Red and Black” and “Do You Hear the People Sing,” both of which are staged and performed with such power and conviction that the audience’s applause lasted almost a full minute. Now, the background characters are never to be ignored in any show, but this cast has something special. With their powerful harmonies and expressive acting, the supporting actors go above and beyond when portraying the common people. Whether they are peasants fighting for change, mourners in the cemetery, or nobles at a wedding, every actor works together to convince the audience that they are in nineteenth-century France instead of sitting in a theater.

Maruis comes on the scene around this point and quite literally falls head over heels for Cosette, now a beautiful young lady. The two have an instant connection, much to Éponine’s dismay. And thus the love triangle manifests into several beautifully sung songs of epically romantic proportions (see “In My Life,” “A Heart Full Of Love” and “On My Own”). Again, what makes this trio so captivating is their ability to transport the audience to another world and make the viewer feel intense pity and admiration for the characters.

Of course, a majestic instrumental accompaniment is needed to support the stellar vocals, and the orchestra does not disappoint. Booming drums and swelling cello solos accentuate each dramatic moment perfectly, as if they are providing a musical mirror of the characters’ emotions, which are then reflected in the awestruck audience.

As our tragic characters live out their carefully intertwined stories, they wind among towering and crumbling apartments, churches, and an ill-fated barricade, each carefully constructed and painted to look like the slums and villages of France, set in place by invisible hands. Each piece is framed, not by color, but by enveloping darkness with purposefully placed shafts of light that sets a mysterious tone for the show, not unlike wandering through a tunnel. The special effects are accomplished using a screen depicting the sea, the River Seine, and the underground sewers when the need arises.

But the question still remains: why would anyone go to see such a heavy play? The title literally translates to “The Miserable Ones” – it’s not exactly an upbeat show. But the appeal stems not from the seemingly perpetual darkness that surrounds the characters – it’s the mastery of music, the complex elements of plot, the spectacle of revolution, and the raw emotion, perfectly blended to tell a story of faith, redemption, and hope.

In spite of the tragedy, the theater-goer leaves with a sense of ironic optimism and awe, not just for the production, but for the story itself, for it’s messages. I only wish that the show was at the Peace Center one day more so that everyone could see it.