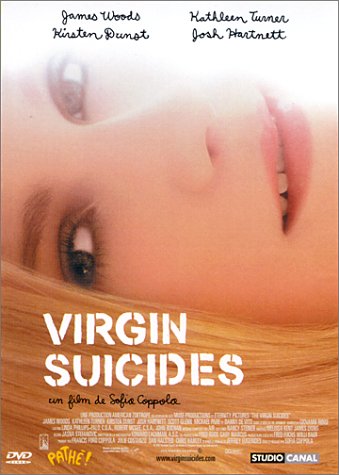 The Mystery of the Lisbon Sisters

The girls next door; the picture-perfect family; the ideal middle-class life of the 1970s suburbs; these are all ways people would describe the Lisbon sisters. In Sofia Coppola’s 1999 film adaptation of “The Virgin Suicides,” originally written by Jeffrey Eugenides, the all-too-real and frightening story of the Lisbon sisters is stuck in the minds of readers and viewers alike. Tackling subjects such as the suppression of adolescences and the sheltered lives of the five sisters, “The Virgin Suicides” is a staunch reminder of why we need to grow up.

Based around the five sisters Cecilia, Lux, Bonnie, Marry, and Theresea, spanning the ages of 13 to 17, the story opens with the attempted suicide of the youngest sister, Cecilia. Right at the beginning the story sets up the feeling in the Lisbon household, with the mother coming off as overbearing and deeply committed to her Catholic faith and the father as the weaker figure in the house, unable or unwilling to maintain confidence. Narrated by actor Giovanni Ribis, he tells the story of he and his band of young friends’ captivation with the sisters and the lives they live. A Stepford-esque feeling looms over the suburb, with the boys dressing in a pompous manner and the girls groomed to be a member of high society. The stiffness in the scenes are almost suffocating, with awkward dialogue being exchanged between teens. As the older sisters begin their obsession and all-too-normal fixation with boys, the reins of the parents are pulled in tighter as the isolation becomes greater.

Alongside the narration of Ribis, the haunting electronic rock duo Air lays over a melodic score echoing the hallways of the Lisbon household. The soundtrack was later nominated for a 2001 BRIT award. The hit song “Playground Love,” is played throughout with a simple saxophone jazz undertone taking hold of the soft vocals.

The ending brought much debate and unrest. Without a clear or concise answer to the tragedies at the Lisbon house, the girls were set in stone as a great mystery, and the theories and conspiracies from the fans ran rampant. In most cases, this would have caused a sequel for further explanation and insight, but over twenty years later, there is still no word on what really happened that night.

“The Virgin Suicides” is a heartbreaking tale of a town unable to accept the growth and independence of its youth. In many ways the adults are still childlike at heart, gossiping about the statuses of different families, unaware of their adolescent tone. Fans of the book and movie would both agree it is worth watching and rewatching, playing detective on just why the Lisbon sisters took their own lives.