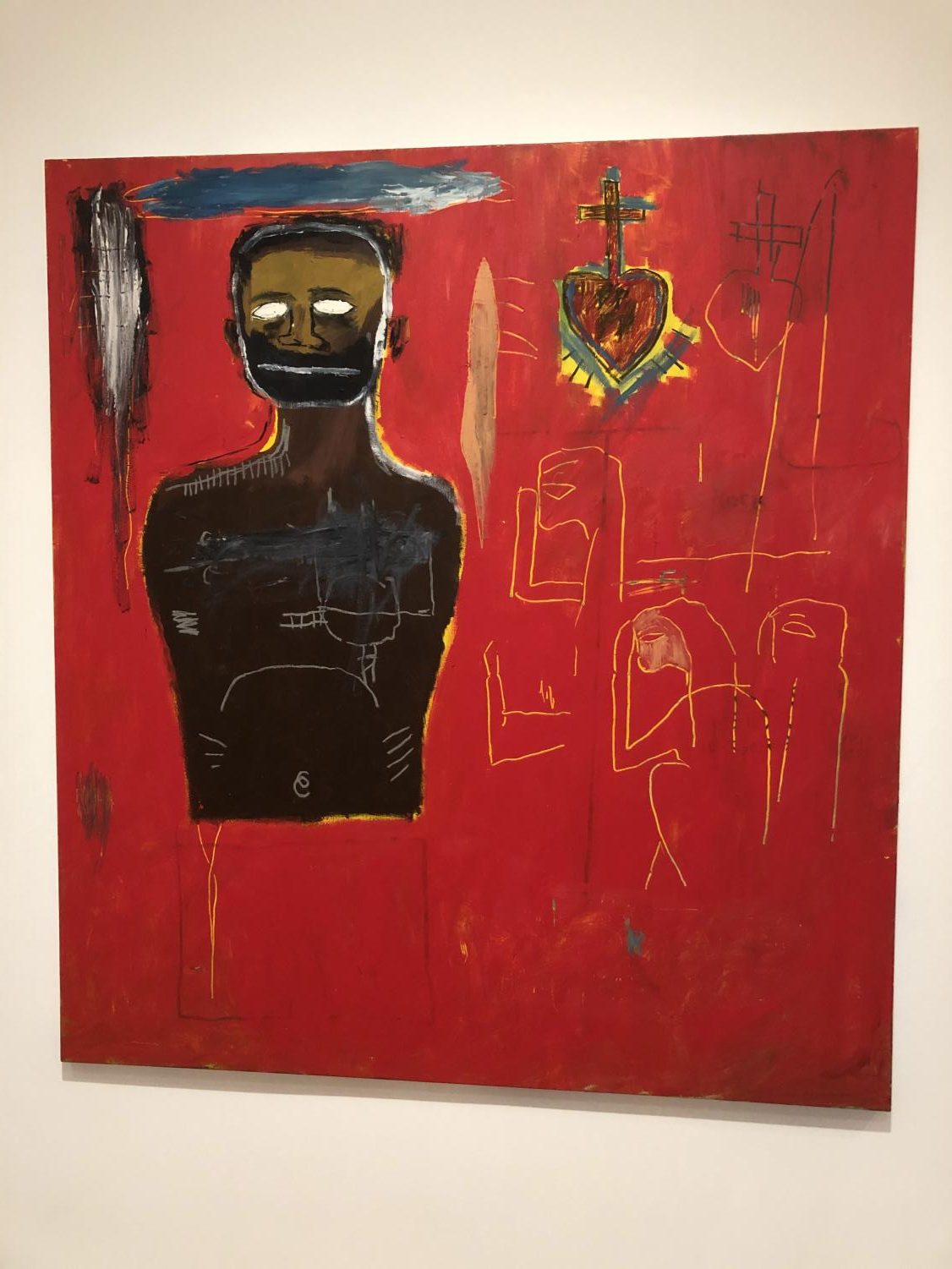 The Life of Jean-Michel Basquiat

Jean-Michel Basquiat is known as one of the most influential artists of the 20th century. Drawing inspiration from his Haitian heritage and his early career in graffiti street art, his neo-expressionist masterpiece “Untitled” broke the world record for the most expensive painting, selling for $110.5 million. Basquiat will unquestionably go down in history as one of the most famous artists of his time.

Born to Haitian and Puerto Rican parents in Brooklyn NY, Jean-Michel Basquiat experienced a hectic and at times scary childhood, which later greatly influenced his life as an artist. As a kid, he developed a skill for drawing cartoon characters, which his mom, Mathilde, took note of early on. He fondly remembers his trips to the Brooklyn Museum of Modern Art with her. At the age of seven, while undergoing a month-long stint in the hospital, he got a copy of Grey’s Anatomy, which he later used in his paintings. By 1970, Matilde was committed to a mental institution and spent time in and out of care. Through the mid to late 70s, Basquiat lived in Mira Mar, Puerto Rico for his father’s work, which only further enriched his knowledge of his heritage.

Never fully completing high school, he spent his time tagging the streets of New York under the alliance SAMO, starting around the late 70s-early 80s. Finally running away for good, he spent his young adult life homeless on the streets of Manhattan mastering his artistic craft. The mark on his grafitti tags, a crown, makes his early career recognizable to anyone familiar with him. By 1979, Basquiat would become a well-known name in the downtown Manhattan art and music scene. At the 1980 “Times Square Show”, Basquiat is given his first mention in the art press, which starts the steady rise to fame he’d experience in the coming years. In December 1981, Artforum publishes an article by Rene Richard titled “The Radiant Child”, gaining Basquiat international fame. The Radiant Child would later become the title of a documentary released after his death, covering his life and career. At the start of 1982, Basquiat held his first solo art exhibition, where from that point on, he was able to support himself off the sales of his art. Later that year, he developed his unique style of words and images done over primitive stick-like drawings mixing in catholic symbols, pop-culture references, and political messages. The main style he painted in, neo-expressionism, emerged in the 70s and is easily recognizable through the rough strokes and handling of materials, complemented by vivid bright colors.

He was later invited to Andy Warhol’s loft, “The Factory”, where he developed a close relationship with the world-famous artist, soon to be his mentor and close friend. In the fall of ‘82, Basquiat began a short-lived fling with pop star Madonna lasting till early 1983. His relationship with the singer only further immersed him in the New York art scene. Later that year, Basquiat rents a loft from Warhol where he spends most of his time working as well as using it for a permanent residency for the time being.

Jumping to the spring of 1985, Basquiat hit the height of his artistic career and made waves in the art world when he appeared on the cover of the New York Times Magazine. This success is met by a steady decline, when a collaboration with Warhol is met by heavy criticism and the friendship is soon broken. In 1986, after concern from friends and family, Basquiat checks into a drug rehab facility but leaves after only a few weeks. On February 22, 1987, Andy Warhol died from a routine procedure, which pushed Basquiat into a deep depression and lead to heavier drug use.

On August 12,1988, Jean-Michel Basquiat died at the age of 27 due to “acute mixed drug intoxication.” His death was a tragic loss to the art world and the city of New York. His work is displayed in galleries around New York, Los Angeles, and all throughout the world. In 2001, Downtown 81 was released featuring footage of Basquiat taken in 1980-81 which was intended for a movie which was never finished. In 2010, the feature length film The Radiant Child was first shown at Sundance Film Festival and given a theatrical release later that year. Decades after his death, as the art world has evolved, the work of Jean-Michel Basquiat has made its mark and the life and legacy of the man lives on through his art.